“Windows has important updates to install.” Hmm. Click.
“You may continue working while Windows prepares updates.” Click. Click.
“Windows must restart to install updates for programs and services. Save any open files and restart your computer.” Huh? You said I could…
“Do you want to restart now?” No!
“Windows must restart to install …” Click. Click. Click. Wait.
“Windows is configuring update one of three. Do not turn off your computer.” Naughty Beth. Just wait.
The black laptop screen reflects my image.
Restart complete.
“Windows has updated your computer. Click here to see the updates installed.” Go for it. Click.
“Security Patch KB0..” click.
Note to God: Um, if I may, did you see that?
Note to Beth: Reboot.

[also posted on my blog]
Posted by Beth Chapman at 5:20 PM 3 comments:

A journey of self-discovery

I sat in silence.

The sky engulfed me. So did the greenery. 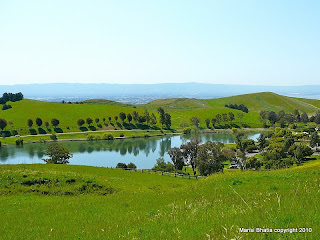 It was a meditative state ... hearing nothing but the chirping of the birds.

The sound of the breeze in the rustling leaves.

The smell of grass.

Everything kissed by the sun.

I was at peace.

As I cocked my head to the left, I saw the freeway ... glistening metal and glass edifices. A mass of civilization. People running from Point A to Point B.

Trying to make ends meet. Trying to figure out their purpose in life through their work. Trying to survive in a consumerist battlefield.

Perched up on the green folds of the mountain, I tried to blur it out. 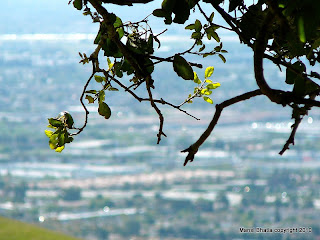 It was so real, that it felt surreal.

And then came a flood of questions.

Why didn't I make more time for such escapes from a life that continued to stress me?

Why have I built a life that continually demands me to be a robot?

Why can I not just leave it all behind?

Why can't I enjoy more time with Nature?

Why do I need a routine, a structure to make sense of my existence?

Why can't I just be?

Create my own reality.

I didn't come back with any answers, but the questions keep nagging at me.

What's holding me back?

Is it a false sense of security?

Is it just because?

I don't want to go down the "I don't know" street...it never leads me to any answers, just buys me more time to muster up the courage and ultimately confront my fears. 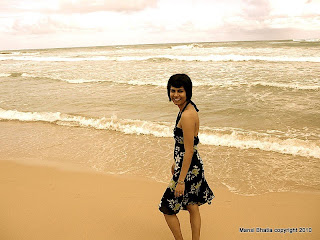 I want to close some doors and not look back.

I want to open some doors and explore with wild abandon.

One day soon we'll have to sit and talk it through.

I, me, and myself on a journey of self-discovery.

Also posted on my blog.

Introducing myself is never easy. 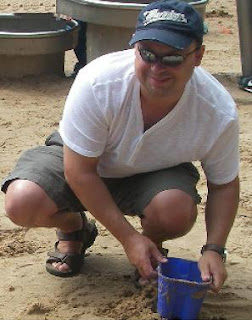 When it comes to writing about that 'thing' though, I draw a blank.

That 'thing' – is me, Glen Staples, the idiot still making sand castles, even though his children have run off to play with a kite.

Sadly then, I have to introduce myself and that involves getting my keyboard to write a bio (the mere mention of that word brings me out in a sweat).

Think back to when you were 18 and had your first car. It was an old style Mini, or something similar. You got it 4th hand and it was a wreck, but it was so much fun. Your mates would all pile in, and you would head off to the coast for the weekend with the cassette player (use Google or Wikipedia if you are too young to know what a cassette player is) blasting out Kiss or Bon Jovi (again Google will help). Another night would see you parking up in the woods with a girl whose name you had already forgotten, and then desperately trying to master the art of bra removal.

I’m the 2nd hand Ford you had when you were 20. You had started having ‘relationships’, which could sometimes last months. This meant that you were officially ‘a couple’ and could therefore not go on the weekends to the coast with your mates. Also the excitement of the bra removal had gone, because it was no longer new and her name was on the green strip along the windscreen. However the car stuck by you through all this, got you where you wanted 8 times out of 10 and it had a CD player.

That’s me – not quite so much fun as you hope, but loyal, often dependable and almost, but not quite, modern.

I left home at 16 to join the Royal Navy, where I attempted to have ‘relationships’ with many women around the world, often at the same time and usually unsuccessfully. Eventually, I found a girl foolish enough to take me on, so I left the Navy and settled down to a more normal life.

Now I have two children, a wife and a London commuter’s life, all four of which give me plenty to write about, because there are funny things that you can see in almost all situations if you know how, and where to look.

Check these posts out if you want to see what I mean.

I live in a sit com

These can all be found on my blog http://www.glens-life.blogspot.com/.

Hopefully, now that I’ve got the introduction out of the way, I can relax and write some more for Writers Rising soon, meanwhile I need to get a cup of tea so that I can sit and read some more about you.

I can write about my kids,
I can blink my eye lids,
I can eat the meat of the Krakka-Dakka-Zidz.

Good old Seuss never lets you down in a crisis.
Posted by Glen Staples at 2:46 AM 6 comments: