“ Sticks and Stones may break
my bones, but Names
will never hurt me ”

Remember singing that as a child ?
Do you also remember being told

“ If you just ignore a bully they will simply go away ”
Unfortunately neither were true words of wisdom, in fact in the real world exactly the opposite would actually happen. Sticks and Stones in most cases may cause cuts and bruises that you can see heal with care and time while with words the wounds can not always be readily seen but can cut so deep that they never truly heal and if they do scar up then normally they permanently effect they way the persons spirit develops.

I was a victim of continual bullying while growing up, not so much the physical type but the verbal and behavioral types. I was always a overweight child and have always been a very emotional type of person. I am one of those people who just can’t hide their emotions and I wear them on my sleeve for all to see. This unfortunately while seen as a fairly admirable characteristic for a S.N.A.G “ Sensitive New Age Guy ” in adulthood it was just a big red target for other kids while growing up.

What better past time for a board kid then to take a poke at me when they were guaranteed a response every time, I never let them down ! 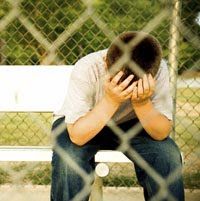 I never felt like I belonged anywhere or as a part of any group, I was always the one on the outside looking in and wondering what it would be like to be one of them !

I was always the biggest kid in both height and weight and with time as I grew up I managed to build a exterior image of the Big Silent Guy which ( thankfully due to a couple of fights I managed to win ) no one quite knew how to take so by the time I hit mid high school I was left alone, completely. I may now have been completely alone but at least I wasn’t the butt of everyone else’s boredom and taunts.
Have you ever stopped to contemplate just how powerful your words are?
Those early years have profoundly effected how I deal with life to this day, even though I understand the pettiness of what was said all those years ago. My attempts to change my reaction to them as an adult is futile as my flight or fight responses are so ingrained that they are fundamentally a part of who I am for the rest of my days.

These days I talk very long and very hard with my son about what people say to him and how he deals with others words. I constantly tell him that words can only hurt if you give them the power too but you know what, that’s not true, once the words have been thrown at you they stick to you and corrode away at your spirit. As I write this I realize that they are just more of those fable words that we are taught as kids because adults don’t have the right answers for us. 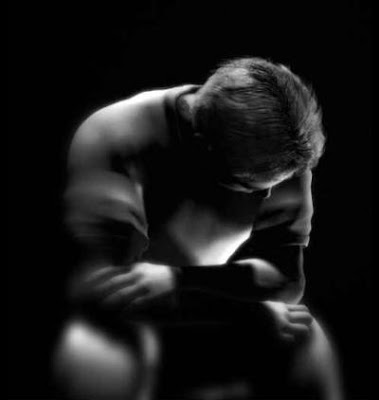 My son “ Grub ” is very much like me in build and personality. He sees the world though very innocent eyes at times which is a characteristic I have openly encouraged as he grew up, after all we are adults long enough, all children should be able to enjoy the innocence of childhood as long as they can.

Because Grub is so sensitive, the littlest word can hurt him and parenting a sensitive child can be a tight balance at times preparing him for his teenage years and the real world verses trying to keep some of that gentle innocence within him so that he may grow into a strong compassionate young man.

I caught myself using the wrong words in frustration this morning when talking to Grub. In a frustrated moment while discussing Grub’s wish to drop one of his extra curricular activities I told him he was lazy for not wanting to put in the effort.

Now “ Lazy ” is such a small word, it is such a common word, it’s not considers a nasty word or a rude word and yet its effect on Grub was profound. He got extremely sad and upset, quite some time later he sent me a simple text with the simple message “ I’m not lazy, I’m just not interested in it anymore ”. The word had stuck to him and was eroding his spirit.

Now I know better, I know how words can hurt and I will apologies profusely this afternoon when I see him next but the damage is done and words can not be unsaid. I love my boy beyond words and I am forever protective of him from the outside world which makes my laps in judgment all the worse.

Each year you read about the new words they add to the dictionary, wouldn’t it be a giant leap for mankind if we could also remove words from the dictionary. Just think of it, our children would never have to hear words like Hate, Fat, Ugly, Dumb, Stupid, Unattractive & Lazy just to name a few.

Please don’t whip me with you’re sharp words,
They cut so deep and burn.

They etch scars upon my heart,
And cause my innocence to turn.

Please don’t tell me your cruel untruths,
My soul screams for you to stop.

Please don’t push me down again,
Just to make you feel on top.

All smothered in hate and lies,
I can not breath.

I am not what you say I am,
But I’m starting to believe.

Please don’t whip me with your sharp words,
They cut so deep and burn.

They etch a scar upon my heart,
And my innocence can never return.

by Kristin (kbxmas)
This was posted on my blog, Wanderlust, where it truly is my 100th post. 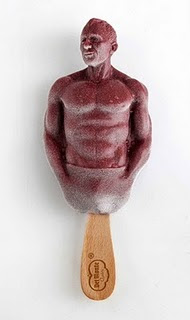