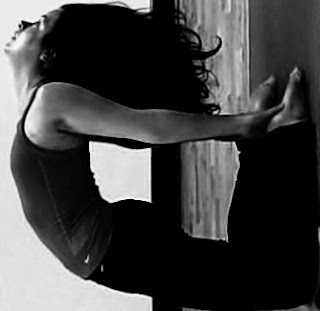 I thought if I traveled, I'd find something. Maybe I'd find God. Maybe someone out there could ease the difficulties of life. You know, I used to talk to God. I'd often ask him (her?), "What should I do?" Often times I'd close my eyes and pray very hard. I didn't want to not know where I was going. I needed to be reassured. I needed to know if things would work out.
But no answer came.
And then one day, when I least expected it, after a long run around the neighborhood, a crystal clear voice said, "You know what to do." The voice was strong and reassuring. But I didn't feel strong and I didn't feel I was any closer to knowing what I was meant to do in this world.
I wanted to follow that voice. I wanted to know it intimately. I wanted to understand where it came from. What if I went the wrong way? What if I did the wrong things? What if I made mistakes? What if people didn't like what I was doing?
I was afraid. I didn't have any answers. I made a lot of mistakes in life (and I'm still making them). I fell down quite a bit. I was not a happy person and I didn't respect myself nor did I believe I had anything positive to offer the world. Still, I could not forget that clear voice that came to me on that fall day of my senior year in high school while running down a narrow path flanked with bright orange and yellow maple leaves. The air was crisp, but the late sun shone on my face and filled me with an incredible warmth. But it did not last.
After high school I traveled all over the world searching for that voice. I traveled to Mexico, South America, Asia, India, etc. I meditated, I practiced yoga and once again, in deep silence, I basked in that inner warmth and stillness I had felt for those few moments in high school. For a time, I attributed these feelings to a certain practice. I believed that something outside me--the environment, an organization, a teacher, a guru, God--made me feel like this. Without this practice or a certain environment, I thought that this peace and this joy could not last.
I don't know exactly when things changed. I don't recall the exact day when I understood that voice or when I overcame my fear. I think it was gradual. Meditation helped, yoga helped, walks in nature helped, writing helped, friends helped, books helped--I am grateful for so many things that aided me on my path and gave me the courage to open up.
But that voice. The one that said, "You know what to do." It didn't come from God or Buddha or yoga or meditation or my husband or my friends or my family or anything else. All of these people and things played a part in understanding these words.
"You know what to do," came from me.
Not the Katherine Jenkins "me," but the one that is opened and fearless. The one that is not separate. The one that is connected to everything.
Also on my blog Lessons from the Monk I Married
Posted by Katherine Jenkins at 8:00 PM 6 comments:

Labels: Facing Fear, open up to fear, you are the one you are searching for

How I Began to Create My Destiny: A Story in Ignoring the “Can’t”

I have always been rather over-sensitive. Even when I was young, I was prone to boredom, bordering on depression. Inquisitive, but unsatisfied. Somehow I made it through the rigors of high-school and its social life. Once I got into a good college, I proceeded to get more and more lax--after all of my hard efforts, I reckoned I deserved a break. Plus, I was tired of my good girl image and wanted to be reckless.

This mentality continued to dis-serve me throughout college. The harder I worked, the harder I played. During my sophomore year’s specialized program geared towards over-achievers, I had a huge amount of reading and paper writing every week. Rather than miss out on the Thursday fun of welcoming the weekend early, I would force myself to finish so I could join the revelers.

I suppose I needed that release too, since I put so much pressure on myself when sitting down to write. I fought tooth and nail for my very soul, the voice telling me “I can’t” bouncing around my head like a ping-pong ball. It was my first taste of panic, though I couldn’t name it at the time.

I continued to prove that voice wrong, every week. And it still haunts me from time to time. I found myself wondering where it comes from, and why it had so much power over me.

Like any grateful child, I prodded my parents for answers. More bluntly, I blamed them. I ran away from family obligations like my life depended on it. It might have, in fact. But in the course of the rupture, I became more and more broken. Even as I traveled the world and the distance between us increased, I couldn't face myself and my own tendencies, hereditary, cultural or otherwise.

Anger, resentment, desolation—they followed me like stowaways, surfacing during my darkest moments. My health suffered as a result, and I knew that unless I tried something drastic, I'd never recover. So I quit my job and began searching for solutions to my self-inflicted problems. I turned to creative writing in the hopes that one day I could share my story. I never imagined I'd actually have an inspiring story to share. 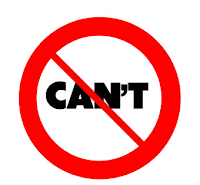 Now that I've unloaded all this garbage out there, I'll take a pause in the story. We have come to the juncture between the “before” and “after” of the makeover. For me, the turnaround point came through a program aptly named “Inner Engineering.” It was challenging, but fun. It enabled me to look at life anew, with a clarity I'd never known before. By the end, I was bursting with so much energy that I couldn't recognize myself. It was so powerful, so positive, that I needed to explore further; it couldn't be ignored.

After several subsequent programs and long stays at the Isha Yoga Center, I became enraptured by the new yoga and meditation practices I'd welcomed into my life. My health quickly improved, as did my relationships. I noticed my reactions to situations subtly changing; things that once bothered me didn't have the same effect. There was a distance between me and the emotions that used to over-power me.

The old patterns of thoughts and emotions are still there to some extent, they just don't rule me anymore like in my life's previous chapters. I've discovered a bliss so pure that it keeps me wanting more, and knowing that I'm bound to get it once I stop paying attention to the nonsense. I've discovered a world far beyond my wildest imagination: one where I'm happy. And life's volume is just so loud, I simply can't hear the “can't” anymore.

Interested in discovering more? You can get a discount on Inner Engineering Online, 7 online classes for self-empowerment, and learn a free meditation. Becky blogs about personal and professional explorations at Becky Blab.