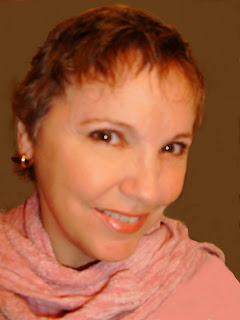 First, let me say how excited I am about being asked to participate in this group!  Reading the credentials of the other writers on this blog was a bit intimidating, but I decided to close my eyes and jump.

I fell in love with books at a very young age.  I loved to write when I was still in grade school, making up simple stories for my eyes alone.  During my junior high years, my focus shifted to writing songs and poetry.  Strumming my guitar, sharing my original compositions with any friends that would listen, I dreamed of being a song-writer; but I never had the confidence to pursue it for a career.

My high school teachers often told my mother that I should be a writer.  However, they never told me!  (I learned of this only recently when my mom told someone else.)  I loved Lit classes, and still wrote my songs and poems, occasionally tossing in a short story.  Sadly, I never considered it more than a hobby.

Through my young adult years, I worked various jobs while raising my only child, a daughter.  My writing became almost non-existent, except for the time when, in my thirties, some college courses reignited my love of writing.  Even though my instructors gave me the highest marks, and encouraged me to enter my essays into local contests, I still lacked the confidence to actually do it.  At one point, I started writing a novel.  After about three chapters I lost steam and put it away.

Now I'm in my fifties and have finally found the confidence to pursue my life-long dream.  I am over fifty-thousand words into my manuscript.  And I have a plan!  Perhaps I'll share about that next time...

I currently write three blogs:  a farm blog, an essays blog (my miscellaneous site) and a blog about my pursuit of becoming a published author.

The Heaviness of Words

Bach in school, I hated Latin. I had to study it at the Uni also, but if you ask me today, I forgot all the declinations and ablatives and such. What stayed in my memory are the proverbs. I remember a lot of them, and especially the one that says "Verba volant, scripta manent", that means, roughly translated, "Spoken words fly away, the written ones remain".
I love words. I respect them. I love and respect the ones that know how to use them to give us pleasure. As a journalist, they were the matter with which I created something. Something that remained. I am in awe of the written word. I can resist longer without food than I can without reading, without a book. I taught myself to read when I was six and I haven't stopped reading ever since. When I was seven I wrote my first short story and I dreamed of becoming a writer. I haven't stopped dreaming... I am not a writer and I don't think I'll ever be. I condemned myself to a dreamer's status the moment I renounced my native language and had this illusion I'll be able to write in a language that is not mine to share. I struggle like I'm drowning but I'm afraid I am no partner in this match.
I am a feeler. Before I write something, I feel it. Sometimes even the smell of a certain thing triggers waves of words, just like in Proust's "A la recherche du temps Perdu". My problem, though, is that many times I find myself wordless. I feel the emotions trying to materialize into words, to break free from my mind, and I just can not express them. Because they mainly want to come out dressed in Romanian and I force them to wear borrowed clothes that just don't fit.
The heaviness of words just crushes me and leaves me powerless. I pray to God asking Him to lift this curse, to let me breathe, to let me live. I am burried deep in a forest of words with nothing but a mere scissors to make my way through it.