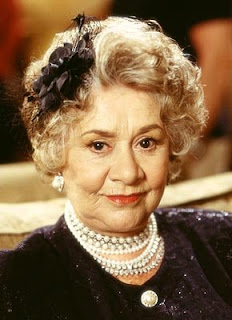 David: Why do people do such terrible things?
Sophie: Like what?
David: Like beat people, and kill them, and make them prisoners.
Sophie: Most people don’t do that, David.
David: My friend Johannes always used to tell me, "Trust no one."
Sophie: Oh, life wouldn’t be worth living if you did that, David. You can be cautious, but you have to let people in.
David: How do you know if they’re bad or not?
Sophie: David, most people are good. They have families and friends, and they just want to live their lives as happily as they can. Oh there will always be bad people in this world and you will usually know them when you meet them, but sometimes you won’t. But you can’t let that stop you from living your life fully and freely. And making friends and seeing the goodness in people because if you can’t do that you will never find any happiness.
I am David (film)
Do you ever wonder how you can trust again after a difficult experience? I admit that I struggle with this one. Sometimes I think I'm a bit like the 12 year old David in the quote above. He was taken by himself to a Bulgarian concentration camp when he was young because of his family's political beliefs. Growing up away from his family in a lackluster environment surrounded by guards who are quick to administer punishment changes the way he interacts with people. He forgets how to smile. When unexpectedly he is given a chance to escape, he sets off on a journey across Europe to Denmark carrying important secret papers which later turn out to be his personal identification and the information needed to reunite him with his mother.
The story is compelling to me, but it is his interaction with Sophie, the Swiss woman who helps him to get in touch with his mother that is most compelling to me. She is played by Joan Plowright, a favorite English actress who plays a similar role, Mary who takes care of Luca Innocenti, in Tea with Mussolini. Both Sophie and Mary are exactly the kind of people I admire. In both of these roles, we meet creative, self-sufficient yet engaged with others woman; these women are not afraid to reach out when help is needed. Admittedly, I like Joan Plowright best in Enchanted April, where she plays Mrs. Fisher, a woman whose feelings have contracted so much that she has lost the ability to feel compassion for others, but then her time in Italy thaws the her heart and she realizes the importance of yielding to creative impulses and allowing connection with others. (photos from Facebook fan page)

Why am I pulled toward this type of character? I think I have to continually learn the trust lesson. I imagine myself sitting down and discussing life over a cup of Earl Grey tea with a wise woman like Sophie. If I let my imagination go further, I can envision that I might be a woman like Sophie in the future...and maybe a little now. However, at the moment, I'm feeling more like David-cut off 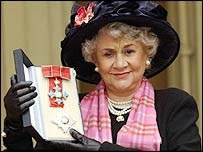 and fighting with my own emotional demons- I'm particularly battling with trust issues.

Perhaps you know that my own mother was murdered by a neighbor. (I have told the story before-just click the link.) I don't know if you realize how perplexing it is to that young person who resides in me -ever an innocenti- who cannot comprehend how someone familiar and well-known-a lifelong neighbor- could do something so drastically cruel.
You read about people- this past weekend in Puerto Rico, for example- who kill their own spouse or family, and then turn the gun back on themselves. It seems like such a foreign experience. You never think you will have to confront that type of situation with anyone you personally know.
I have never been able to connect the act of murder with the known person who was my neighbor.
Factually, I know he did it. I've looked at him in photographs and in court but it never made sense to me. I think about his behavior more as a symptom of society's sickness and lack of tolerance for others differences. I have to make myself remember that it was his hand that pulled the trigger. It was Jim Brooks who killed my mother and her partner, Christine.
No, even after writing that statement, it still feels remote.
While viewing I am David, I allow myself to feel upset. After the movie, I watch an episode of Friends and found it extremely amusing. I laughed out loud. I felt freer somehow and more open to all emotions. I know it is important to feel. I also know that trying not to feel leads to depression. Did you know that when you have trouble, it often acts like a trigger for a cluster of repressed feelings, and there are some things that you just don't want to remember. Noticing myself going through this emotional roller coaster made me realize that I need to remember to feel and allow myself to trust people again.
Sophie is right, "...there will always be bad people in this world and you will usually know them when you meet them, but sometimes you won’t. But you can’t let that stop you from living your life fully and freely. And making friends and seeing the goodness in people because if you can’t do that you will never find any happiness." I'll take that wise-woman's advice!
Posted by Cynthia Pittmann at 3:27 AM 4 comments:

I stood outside and watched wispy white clouds finger paint the blue sky. It was a warm, but still a beautiful day and the sun was quite playful. That was then-this afternoon. Now, just two hours later the evergreen trees are dancing to music with a rolling drum beat like a tympani approaching the peak of the crescendo. The sky is dark, the sun hidden behind the storm clouds and a tornado warning has been issued. An over exuberant wispy cloud must have knocked over all the finger paints and they have spilled across the sky creating a most unusual color. The evergreen trees are now black silhouettes, almost like skeletons with long spindly arms extending towards each other in their dance. The squirrels have left the bird feeder. Uh, did I miss a memo? Did someone change the channel with the remote when I was not looking, leaving me puzzled trying to figure out who these characters are and what do they have to do with my movie?

There is no danger but like a child with grand plans for the day, standing and looking out the window dripping with rain, I feel miffed. My thoughts, caught in the wind currents, roll across each other like the clouds. Look at the monitor then the trees and back to the monitor. I have headphones on and it occurs to me that the trees are dancing in rhythm with the music playing. Nature is playing, a bit rough, but is having quite the time this evening.

There are lyrics to songs I truly get lost in but because of the music around the lyrics I am unable to enjoy their genius. Nature and seasons have a rhythm. No matter what they bring, there is a rhythm to them. I believe that. Like the music, sometimes the lyrics of nature’s frolicking have a rhythm that makes it difficult to dance or sing. Tornadoes have left destruction and death. What had been a very surreal moment watching the storms come in, quickly changed as sirens blared their danger for almost two hours.

So how does one reconcile the before and after photographs in your mind? You cannot ignore the destruction. It happened. Sometimes its unavoidable. You cannot, however, ignore the beauty of the dance before, the splendor of the visual display during and the calming colors when the storm passed. Somehow, we have to find the rhythm and the lyrics and not forsake one for the other. To remember the rhythm of the seasons. And maybe that’s the memo.
Posted by Beth Chapman at 3:08 AM 2 comments: