On Domesticated men and Handy women 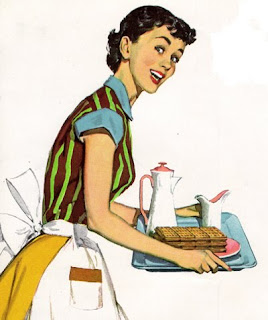 It was Mother's Day, I entered my mother-in-law's kitchen, to behold a sight I would rather not see:

Mother-in-law and sister-in-law cutting up fruit and sausages and cheese and things for consumption by the brothers and husbands in the living room.
If my husband was there, he would not be sitting down. (He was at a soccer referee training day).
I asked them about this curiosity, especially considering it was Mother's Day - my brother-in laws are not inconsiderate people - they were acting this way by habit, in fact everyone was acting in habit.

Like the habit of saying this in response to my question ( I think I have been asking this for years) offered up by both mother-in-law and sister-in-law:
"We would have to explain too much to them, so its just easier to do it ourselves."

WAH?
Indeed. If you have a husband or brothers or sons that never get in the kitchen because it is too difficult to explain how to do stuff, then you have created your own problem, it seems, to me. Someone took the time to explain stuff to you  - and my mother-in-law did not find it frustrating to explain this to her daughters...as did my mother....hmmm. Is it the idea that men are not naturally capable? How come there are so many male Chefs, sous, pastry and other? How come there are so many men capable of running their own households laundry, cooking and all? Are they freaks of nature? I think not. 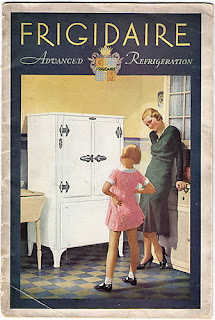 I will be bold and say, flat out that men are not naturally incapable in the kitchen - it has nothing to do with nature  - and everything to do with nurture and socializing - everything to do with whether they are given the keys to the kitchen...or not. If they haven't, it is not too late. Start small, appeal to them on mother's day - of all days, I think this is one day even the most gendered of men would feel an obligation to help out if asked.

goodness, is it 1957 ?
If you want to teach them how to do stuff, teach in a conducive environment and start with small successes that build on eachother - And don't be too picky about artful placement on a plate, just be glad the fruit is washed and cut in nice pieces, artful arrangement is a lesson further down the road, I'd say. Before you know it - voila, your man is making crepes for breakfast !
My theory is that its all about getting late-blooming men (like these specimens in this particular living room)  to do stuff in little bits they can feel comfortable with, and keep asking them to do that, and then a wee little bit more - with more experience in the kitchen, they become more open to doing more because they are getting used to it, if starts to feel.......normal...

This is just like my exposure to the preparation of a room for painting (TSPing, sanding, filling in cracks and holes with plaster and or wood filler...more sanding...priming, then painting). It took a few exposures, but now I can do it all myself if I have to - this takes the load off my husband. My husband had to have some uber patience, I will admit, but it paid off :) Misplacing his tools is another thing... 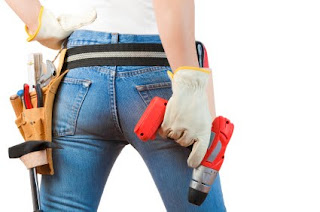 Cutting up things, like the fruit, cheese and meat in my mother-in-law's kitchen is not gender specific - men can't use knives to cut fruit but can use knives to carve turkey?
If your husband/partner can't even cut basic things in the kitchen, I think there is something going on...like someone holding too tightly onto the keys of the kitchen and maybe even to the idea of gender separation.  Maybe some people like it that way and all the resulting gender drama that ensues...?
Women who hold on too tightly to these keys, loose out on some freedom, and, I will boldly state that they cannot complain about their useless husbands or laugh at them with their girlfriends, because they had a hand in making them that way. 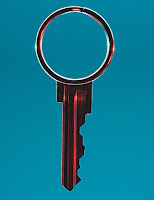 My husband's family say that my husband is the most "domesticated" of the brothers and brother-in-laws - said perhaps with a bit of jealousy (?) and I think maybe an accusation that I, with my studies and such have forced the poor man to be hen pecked into the kitchen...I am not bothered by this - my husband and I are more of a partnership in the end - its useful to learn how to do stuff from eachother - useful for both of us.

I can paint/prep for painting, refinish furniture, sand, design and garden and haul things and can build Ikea furniture - I can use basic tools...and he, this life-partner of mine,  can make crepes, cook eggs and bacon, make a square meal, and with directions can make more complicated things, he vacuums, does laundry and can go grocery shopping without getting lost in aisle 3.

We don't genderize tasks he and I - though I am far better at cooking and baking and grocery shopping, and he is far better at renovating and building - no doubt - and this is from all the experience we had in these areas before meeting eachother - our exposure to these things - and our gendered training. It is what it is. If I was exposed to building right from the start, I know I would be an ace at it by now - its not rocket science. Neither is baking or laundry. Only inexperience makes it so.

To maintain a NON-domesticated husband - is it that one wants to keep control of the domestic that gendered lines can maintain? Perhaps a status as the master of all things domestic? Maybe, perhaps...
I now have to give up my status as highly regarded crepe master, as husband has cracked the code this mother's day, and with practice, will only refine his skills...I can no longer lay claim to being the master.
Neither of us will be masters of all, but at least we can feel comfortable in the margins of these things that used to be in one gendered domain. We can provide helpful, useful support when needed - partners rather than gendered opposites.
Venus and Mars you say? People can actually create and or perpetuate that planetary divide by not trying out new skills from the "other side".

So if you want to be Venus and Mars, you can, because its your choice - it is not inevitable, it is not natural, it is made, woman/man made. I wonder how many limitations are placed on people's gifts or interests by this maintained and regulated gendered line. Yep, regulated.

If it was natural, it wouldn't need to be regulated would it?

If it was natural, gendered lines would naturally occur on their own. But no, we need to have social pressure put in place to "Be a man" or "act like a girl"...or there will be shame.....interesting huh?
How do you perceive the gendered divide?
link up
Posted by Marcie J at 11:56 AM 9 comments: