Writers Who Stand for Peace and Against Injustice


On May 5, 1992 my mother Susan Pittmann and her lesbian partner Christine Puckett were murdered by their neighbor James Brooks. Newspapers in Detroit and Huron Township, Michigan reported that the double homicide was the culmination of an ongoing battle over property lines. My mother was fifty-five, healthy and vibrant with positive ideas about the future. Christine was thirty-nine, energetic and busy raising her teenage son. Brooks was slow to reflect and quick to anger. He became enraged when he saw my mother and Christine publicly expressing affection. By erecting a privacy fence between these two rural properties, Mom and Christine intended to bring a peaceful resolution to Brooks’ complaints. However, it became clear that he was enraged about their gay relationship, and that not seeing them together was not enough. He vigorously complained to neighbors where he found support for his rage, and he formulated his murder plan.

From police reports, it’s clear that he shot Christine first from the side door of his house and then as he walked over to view her body that was face down in the grass, he lifted his gun and shot her in the back. I imagine just before he pulled the trigger, he thought the words he told the police later, “It had to be done”. My mother was on the kitchen phone with the emergency operator reporting that Brooks had threatened their lives when Christine was first shot. She immediately dropped the telephone, ran outside and stood in front of Brooks, weaponless. I imagine she asked him why he did it, and in answer, he shot her just below the heart. Brooks’ determined discriminatory attitude has troubled me ever since. How did he become so certain about his decision to murder my mother and Christine? After the deaths, I watched in astonishment as the actual motivation for the crime was determined to be a property dispute instead of a hate crime. Newspapers reported exaggerated stories casting my mother and Christine in a harsh light, which apparently had nothing to do with their sexual preference.

I was shocked to see my mother, a dynamic loving people-person characterized as a temperamental abuser of animals while Brooks was portrayed as an elderly man who was pushed to the limits of tolerance by his unreasonable neighbors. Neighbors reported that he was upset about my mother’s Pit-bull trespassing onto his property. No one explained that my mother’s dog, Ms. Pitt, was an elderly overweight, exhausted and non-territorial dog that was given a daily dose of thyroid medication just to stay alert. No mention was made of her activism within the gay community, and that she and Christine were founding members of the Affirmations Gay and Lesbian Community Center in Downriver-Detroit. No mention was made that she was a loving mother of five children and devoted grandmother to eight. No mention was made about how much we would continue to miss her for the rest of our lives.

After reading these news reports, I quickly understood that Brooks had not acted alone. In fact, it was a narrow-minded society that provided ammunition for this crime. It was only the gay community that stood strong and honestly told the truth about these murders. They loudly proclaimed that this double homicide was not a neighborhood feud but a hate crime.  As a continued tribute to the gay community, I am honored at Marianne K. Martin’s request to write the forward of her latest novel, The Indelible Heart. This novel extends some of the plot threads related to my mother and Christine that appeared in Martin’s first novel Love in Balance and succeeds in giving a personal face to the events surrounding the murders. Though it is a work of fiction, the narrative highlights how in fact, the gay community rallied together to fight homophobia and violence in response to this shocking crime. I encourage people to read this profoundly moving novel and realize that it is our duty as members of society to stand together and continue a united struggle against intolerance and violence. 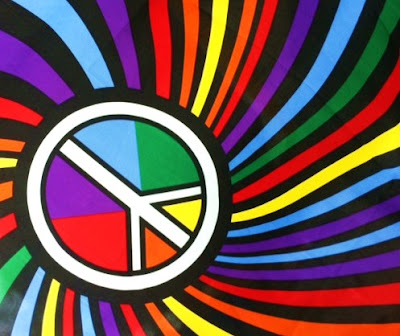 Brian Alexander is making a documentary on Mom and Chris' story, and the LGBT community in the Detroit Metropolitan area in the early 90s. You can visit the new website http://pittmannpuckett.com to find out more about it. He contacted singer/songwriter Susan Hendrick and asked her to share her talents, which resulted in the moving music video, "Fight 2 B Whole." You can view it below, or click on the link at the Pittmann/Puckett website or plan to watch it during the closing credits of the film.

The Awakening – The Denial 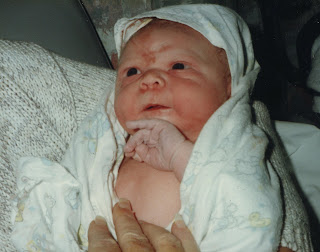 My boy is growing up, actually in many ways he HAS grown up already.

My little boy whom I held in one hand has recently turned 14 is now taller than me and stands at 6ft 1 inch and weighs in at around the 105kg. He has more stubble on his face than I did when I turned 20 and his voice has changed to better match his stature.

My little boy who used to look at me for all the answers and used to believe that I was the source of all knowledge now has his own independent opinion and now believes that I understand little of his world and generation and that suddenly I know nothing.

My little boy who used to stand close to me to feel safe and protected now either walks 10 paces in front or behind me for independence or he stands next to me to intimidate my threats and to protect me ( and his mother ).

Suddenly the world has changed …

“ Hello, my name is Andrew Swansson and I am an obsessive parent who doesn’t want to let go ! ”

I used to think it was so scary being a parent, being 100% responsible for such a defenceless bundle of love and happiness. Being responsible for ensuring that he was always clothed, fed, educated, encouraged, loved and protected. Protected against a cruel world filled with cruel nasty children and a society that has become disengaged and cynical, a world filled with monsters that lurk in the shadows of society. 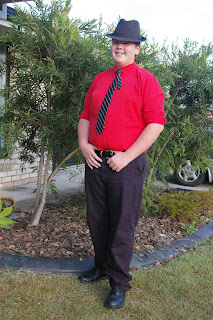 But now I realise that the scariest thing about being a parent is that one day you won’t be responsible for any of the above. That while your love and support is still appreciated, it’s not their only source and there for not in such high demand.

I was given some words of wisdom when Dylan was conceived and I have never forgotten the words although I can’t remember the source .. “ Always love, protect and encourage your child, for they do not belong to you and are not your possession, they are but on lone to you for a very short time ”

We only ever had the one child, Dylan. His mother would have loved to have a tribe of kids but after seeing Dylan in all his perfection and seeing the toll and effect of bringing him into this world paid by his mother, I honestly never really thought of having another. While there were times I dreamt of having another and maybe having a little daddy’s girl I was never game to tempt fate as Dylan was so perfect in so many ways I was convinced that no one on the face of this earth could be so blessed and so lucky twice in a row.

I am a gambler by nature but that was one roll of the dice I could never bring myself to take.

As I have mentioned in previous blogs, I knew the millisecond that Dylan was conceived, I was tapped on the shoulder by my guide ( God or by whatever name you call them ) and told congratulations you are the proud parents of a happy and healthy son.

I believe that Dylan is a gift from above in so many ways, I believe he has a purpose on this earth that none of us know or understand. I believe that his mother and I were meant to meet and our life journey was to deliver Dylan to this world. It was our life’s journey to protect him and to prepare him for the day that he would walk his own path and write his own story.

A day fast approaching and for which I now find myself totally unprepared for !